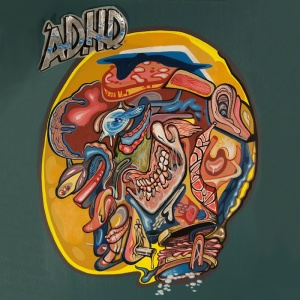 Unicorn Harvest are a three-piece indie/experimental pop band hailing from New York City. Their newest and shiniest album, ADHD, explores the titular behavioral disorder through the lens of meaty guitars, erratic structures and a healthy dose of wry irreverence. Citing Dinosaur Jr., Weezer (there is in fact a song called “Pinkerton Dreams” on the LP) and XTC as inspirations, the band congeal and warp these influences into something greater than the mere sum of their parts, storming through music that subtly reveals new twists and turns with every additional listen. They may not offer a panacea to anyone actually afflicted with ADHD, yet the album’s energetic hooks and wily about-turns do an impressive job of recreating the hyperactive symptoms of the condition, not that I would know what they were like.

The album can be found here: https://unicornharvest.bandcamp.com/

This site uses Akismet to reduce spam. Learn how your comment data is processed.