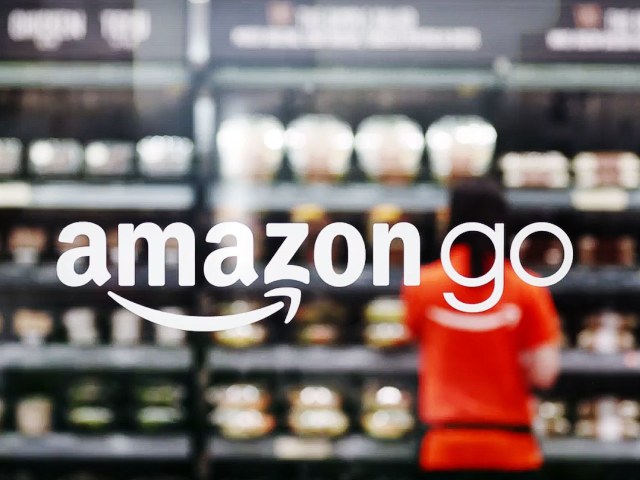 Recently, a report by Cantor Fitzgerald found that one of the main reasons why Amazon were “blowing away [its] competitors” was simply that shoppers were spending more time on its mobile platform than on others. Compared to Target’s 20 minutes and Walmart’s slightly less impressive 14, consumers were apparently spending an average of 103 minutes a day on its mobile website. Coming for the low prices and staying for the personalised recommendations as well as customer reviews, they ended up buying more as a result, adding to the whopping $107 billion in revenue earned by the retailer in 2015.

Not only are 103 minutes and $107 billion eye-watering figures in their own right, but they also go a long way to explaining why Amazon Go — the store Amazon opened on December 5 in Seattle — is likely to be a big success for the company (provided the tech actually works, of course). As Benjamin Franklin once said in a different context, time is indeed money, and in doing away with queues and checkouts, Amazon Go will more than anything else be giving its customers more time. And while it could be argued that this extra time will be used by people to enjoy more of the finer things in life, it’s very likely that Amazon are simply banking on them using it to shop and to spend more.

And they’d be right in thinking this, for various reasons. To begin with, checkouts and queues are in fact a massive problem for the retail industry. Each year, Americans spend a staggering 37 billion hours waiting in line, while the average Briton spends an entire year of his or her life queuing. This isn’t just time spent not spending money, but it’s also a big turnoff for customers and a big danger for businesses. For example, in a 2014 report [PDF] called “How Long Does It Take to Lose Your Customer”, Intel and Box Technologies discovered that 38% of customers “have previously abandoned a purchase as a result of long queues.” They also learned that customers are likely to give up queuing after nine minutes of waiting, and that 70% are less likely to return to a store if they’ve had a bad queuing experience there.

What this means is that, rather than having to wait for upwards of nine minutes and then bailing on a purchase and the shop itself, Amazon Go customers will use that period of time to pick up their desired products and make an automatic purchase while walking out of the store with them. Added to this, they’ll be more comfortable when it comes to taking their time browsing and picking up items, since they’ll be reassured that a relaxed, unhurried attitude to shopping won’t ever result in them being caught longer than they’d like in a large queue. As a result, they’ll purchase more items on average, since they’ll know there’s no risk of having to spend even more time standing still in a line of strangers.

Yet it’s not simply the removal of ‘queue danger’ that’ll result in more purchases for Amazon Go, but simply the accumulated extra time it will free up. As stated above, customers won’t always use this time to engage in, say, a spot of jogging or saxophone practice, but will often use it to shop even more. This, at least, is what we’re told by Parkinson’s Law, which states that “work expands so as to fill the time available for its completion.”

While Cecil Parkinson’s original 1955 formulation related predominantly to the world of offices and bureaucracies, it’s been expanded upon by sociologists in the years since and applied to a variety of domains. In a 1997 paper, for instance, it was used to explain how increases in prison capacity increase incarceration rates, and in a 2007 article it was even used to account for how the length of queues at airports makes security personnel work harder or less hard.

It has, in other words, been repeatedly employed to show how the liberation of resources w/r/t a particular context causes people to re-invest those resources back into that same context. Put differently, it states that gains in efficiency generally aren’t diverted outside of the context that generates them. As such, it predicts that, despite its catchy name, Amazon Go won’t result in people quickly go-ing home once they’ve found their usual groceries and household items. Instead, their ‘work’ — i.e. shopping — will expand to fill the additional time available for its completion.

It’s precisely because of this Parkinsonian re-direction of freed time that the store is a masterstroke, and not simply because of its convenience. In fact, a parallel could be drawn here with the difference between Amazon’s normal online service and its Prime service, which grants customers free two-day shipping on virtually all purchases. Once again, you might think that Prime members would use the savings this affords them to put some money away for a rainy day or to take a vacation. However, you’d be wrong, for it was found in 2014 that the average Prime member spends $1,500 a year on Amazon’s site, compared to the $625 spent by the average non-member.

In view of all this, it becomes hard to shake the conviction that, rather than causing people to spend less time inside its four walls, Amazon Go will make sure they spend as much time while buying many more products. And if the still-shrouded technology at the heart of Amazon Go proves to be as functional as Amazon would like, then the store’s concept is going to spread very quickly, as Amazon’s rivals realize that customers are spending more time picking up items and more money with Amazon Go than with them. But just remember, if it does spread very quickly and becomes the standard for major retailers in the not-too distant future, it won’t be because we’re doing less shopping, but more.

This site uses Akismet to reduce spam. Learn how your comment data is processed.